How to spot and stop phone scams

We frequently read about the dangers or perceived dangers of smartphones these days, whether it be from arthritis in our thumbs to walking into a tree as we browse through our Facebook feed but despite this the number one danger still remains actually receiving phone calls from would be scammers. It’s a shame that some unscrupulous people choose to use this route but when you think about the potential gains from just one phone call paying off then it’s no wonder conmen and scammers still rely on catching out innocent members of the public.

Understanding the concept of a phone scam

The simple way to explain a phone scam is to say that you are talking to a dishonest caller. They are people who state a situation that is actually not true. Common examples are people posing as employees of reputed companies when they are not; asking for personal information. In some cases, they may manipulate the call receiver for money. Phone scams can be varying. They may come in the form of fake charities, phishing scams or debt collectors. The main objective, more often than not, is to obtain your personal information to get access to and steal your hard earned money. As is obvious, being a victim of a phone scam can be very stressful and tragic in many cases. Therefore, it is important to identify the signs in order to know when you are at risk of being scammed.

Signs of a phone scam:

How to avoid phone scams:

Looking out for the elderly and vulnerable 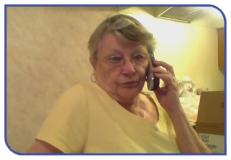 Realistically, phone scammers are not really looking to speak with people who are able to understand the risks of the modern world. They are looking for people who are maybe a little more trusting and less likely to ask pertinent questions. Unfortunately some older people do tend to fall into this bracket and are therefore far more likely to accidently give a scammer useful data that can be used against them. If you are suspicious that an elderly relative has been a victim then a really great website to visit is Think Jessica which is a registered charity that helps identify scams targetting elderly and vulnerable people in the UK. If you still have cause for concern, help them contact to their bank and/or police.

At Connect we answer thousands of calls a week for our clients and we have built systems to help operators alert us when a suspicious call is received. We then investigate calls from that particular number, or range of numbers, and we can block future calls if necessary. You can also block calls via your smartphone as most modern ones allow you to add to a “blocked” list of sorts or you can download an app such as Truecaller which has created a directory of known nuisance callers for you to check and hopefully block.

TOP TIP – call them back

Never, ever give personal or security information to anyone that calls claiming to be from a bank or other financial service, instead offer to call them back. By all means let them give you a number to call them back on but don’t actually use it for anything other than to check them up. Call back the company on their official number or one that you know to be correct from a statement. If possible, try to call back from a different phone than the one they called you on. Why? Well a very recent and sophisticated scam actually requested that the victim do indeed call their bank but the scammer never really hung up, instead they played a dial tone down the line. The victim dialled their bank but was never connected to where they thought they were calling (as they did not have a new phone line) and ended up giving all the information to the scammer who answered as if it were the bank. If you can’t call from another line then wait a good five or ten minutes whilst you check out the caller’s story on the internet.