Is a second lockdown imminent

It can’t have come as any great surprise, especially those in government who have departments full of scientific advisors advising precisely this, that once restrictions were eased then the virus would start to spread again.

Despite the bluster that many head of states like to proclaim, this virus will not be defeated any time soon. So how do we live with it? A balance will need to be found between restrictions on our daily lives and a manageable infection rate. 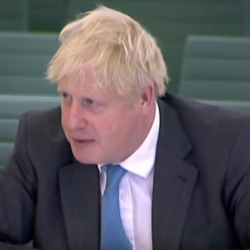 Boris Johnson states that a second national lockdown would be disastrous

There is a fear, however, that we have already missed that sweet spot of a balancing act and we are now too relaxed and a return to more extreme restrictions is on the way. But does this mean that a second, full scale, lockdown is imminent?

Boris Johnson has already said that the potential impact a second lockdown would be an economic disaster and would be completely wrong for the country, he hasn’t said that it won’t happen though.

So, with this in mind, how likely is it that we return to closed businesses, isolation, school closures and stocking up on toilet paper?

First of all the big one, for me and most other parents out there. The government has categorically said that the closure of schools again is not an option. That doesn’t mean to say that some “blended” approach to learning is not on the cards if things get really bad, there’s always a caveat. 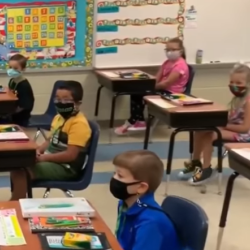 The government is adamant schools will not close

The worry about a blended approach is that it’s the worst of both worlds for a working parent, how do you juggle your work so that you can only work half a week as the other half you need to be home keeping an eye on the kids playing teacher? How is a business owner expected to accommodate such a request, and it wouldn’t be so much a request as it would be a simple notice of “that’s how it is, deal with it” from the government.

If the government is serious about keeping businesses open then a blended approach to schooling won’t happen, you can’t just tweak one part of society’s routine and not have a drastic knock-on effect elsewhere.

With all the talk of the virus on the rise again you may well be forgiven for forgetting that the government is still pressing ahead with a campaign to get workers back into the office. As always, there is a caveat, “get back to your workplace- if it is safe to do so”.

So, is it safe? I don’t have an answer and frankly, neither do the government and I can’t help but get the feeling they are saying “rest assured you should definitely be getting back into the office as that’s definitely the best thing to do, unless it isn’t but we can’t tell you that, no one can but work it out for yourselves and if you get it wrong then it’s definitely your fault, not ours!”

It’s all a numbers game, the virus will spread around workplaces but if sensible measures are taken then the hope is that it won’t spread as badly or as quickly. That’s the hope.

In general, office workspaces should be fairly easy to make them more uninhabitable for the virus. Desks can been moved further apart, partitions erected, one way systems implemented and breaks staggered just as we have done here at Connect. Other businesses and sectors simply don’t have that luxury.

Last in, first out is the only way I can view this. If restrictions do return then, unfortunately, I think it’ll be the case of looking at what sectors were the last to open again for those that will be restricted first. Notice I say “restricted” rather than closed, I believe that the government will try everything they can to avoid blanket closures of industries and business sectors.

This is something we have seen more and more of in the past few weeks, Leicester, Bradford, Aberdeen, Greater Glasgow, whole boroughs of Wales, North West England and now North East England have all had restrictions re-imposed. Forgive me if I’ve missed a few places but the list is growing and growing until soon it will be effectively a national return to restrictions, but not a full lockdown.

As of today, the 18th September 2020, there were roughly 10 million people in the UK living under enhanced restrictions, however, none of these areas have returned to the full lockdown state of 6 months ago. Yes it is a curbing of freedoms, no it is not a full lockdown.

Maybe we have a really short memory of what it was like during lockdown, it certainly wasn’t what we are seeing now and hopefully this is the future of things to come if a second national “lockdown” is imposed.

Expect a “soft lockdown”, one where offices and business are still able to function, children still go to school but one where you can’t meet up with friends or family, travel far from home and possible curfews are imposed.

The government is all too aware that another full lockdown would be disastrous and probably a lot harder to impose now that the public goodwill of 6 months ago has evaporated. They don’t want one, can’t afford one and would struggle to police one.

If you had told me a year ago that we should be hopeful for the restrictions that a soft lockdown would entail I would have laughed, “never in the UK, never in a democratic country”. But things have changed, the world has changed, whether we like it or not.

Let’s just hope that the delicate balancing act, needed to keep the country, the economy and our lives functioning, hasn’t already swung too far in favour of the virus.