I’m sure everybody reading this will have seen and been affected in some way from the recent terrorist attack at the Ariana Grande concert in Manchester which killed 22 innocent people, young and old. Through this tragedy, however, we also saw some of the best of humanity from the homeless that rushed to help to the taxi drivers that turned off their meters and drove distressed concert goers home. Unfortunately we can also see the worst. 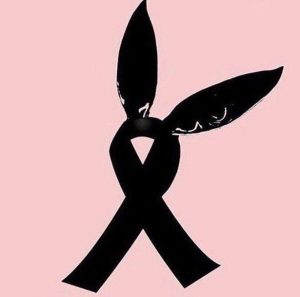 Just 3 days after the attack, with many victims still not even named, we (Connect) received an application for the 30 day free trial of our call answering service from an individual claiming to be a charity based in Turkey. There were a couple of things that set the alarm bells off immediately for our customer service agent; the client’s website did not state they were a registered charity anywhere, they were looking for us to provide an 03 national number ASAP, they were very slack on the level of detail they provided about what their company actually did. Now, we deal with new enquiries everyday and individually any of the above issues could be expected but before we even had a chance to investigate the prospective client was on the phone demanding an immediate start of his free trial and the provision of a 03 telephone number.

Applicant calls in and his true motives are revealed

Now that we had him on the phone, our customer service agent was able to delve a little deeper and asked for their registered charity number, it was at this point the true nature of this individual became clear. They weren’t actually a charity but “were as good as” as they were setting up a helpline (remember the 03 number they so desperately wanted set-up ASAP?) to provide/sell insurance and counselling to the victims of the Manchester bombing. He wanted our operators to take card details (as security) so that this individual in Turkey could then arrange counselling to distressed, victims of terrorism. As we were being asked for a 03 number and also to provide a payment line, the caller was informed that he would need to provide sufficient ID in the form of a passport. The caller couldn’t do this as he had recently lost his passport and was waiting for a new one, “do you really need ID, can’t you just get this set-up and we can sort out all that stuff later?”

Clearly we rejected the application but what really amazes me is that in times of real human tragedy and misery, some peoples first thought is “how can I make money from this? How can I make somebody’s suffering even worse?”

There are some truly vile people out there in this world but thankfully, as was seen in the response to the bombing, there are also some very good, honest and caring ones as well.